The Sault & District Branch covers the District of Algoma and it joined the Ontario Genealogical Society on 12 February 1983. 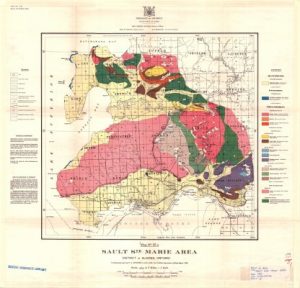 The objective  “To encourage, assist and bring together all those interested in the pursuit of Family History” was executed to the best of our ability.

Over the years numerous projects have been undertaken by branch members at both the local level and under the direction of OGS. The transcription of headstones has been completed with the exception of five cemeteries in Algoma.  In the days before the internet, the branch transcribed and published the Census of Algoma for 1861; 1871; 1881; 1891 and 1901, as well as Births, Marriages and Deaths extracted from the Sault Star (1901-25) and the Bruce Mines Spectator (1901-56).